Hurry up if you think to come to Sarajevo and get to know about its history by visiting museums. Situation of Bosnian cultural institutions is really dramatic. They survived the war, but right now they are in real danger.

Signing the Dayton peace accord in 1995 ended the war and in the same time set up two separate entities: Bosniak-Croat Federation and Bosnian Serb Republic. Bosnia and Herzegovina is the most divided country of ex-Yugoslavia. Politic system is really hard to understand; each entity has its own president, government, parliament, police and other bodies. Frankly speaking, it’s really hard to build the country where opinions are so divided and somehow nationalism takes the first voice.

In annex 8 of Dayton peace accord we read: A Commission to Preserve National Monuments is established. The Commission is authorized to receive and act upon petitions to designate as National Monuments movable or immovable property of great importance to a group of people with common cultural, historic, religious or ethnic heritage. When property is designated as a National Monument, the Entities will make every effort to take appropriate legal, technical, financial and other measures to protect and conserve the National Monument and refrain from taking deliberate actions which might damage it.

So, here we are… financial sources are empty, opening hours are squeezed and it’s more and more difficult to keep alive cultural institutions. Last year, the National Museum was closed.

This news was shocking, thousands of people appeared on the streets to protest. Unfortunately it didn’t bring any positive thing. More? There is a new list, with new museums, galleries and libraries to be closed… I ask myself, how is it possible not to take care of the cultural heritage?

The World has replayed, and the Day of Museum Solidarity was created. Museums all over the world are putting yellow tape across key exhibits, exactly the same like in Sarajevo. Is it enough to keep attention of the visiting public ? You can read more about it on http://www.cultureshutdown.net/public-call-day-of-museum-solidarity/

Artists in Sarajevo have replayed too. Lately walking in the city, I noticed a piece of art on the wall of the Historical Museum (which is also on the list to become closed). The performance is called Rukavice what means gloves. They all are given by Sarajevian people. As we can read in the inscription, this is a way to keep attention of the actual problems of culture institutions, to think how to find a solution and let others to get to know about it… 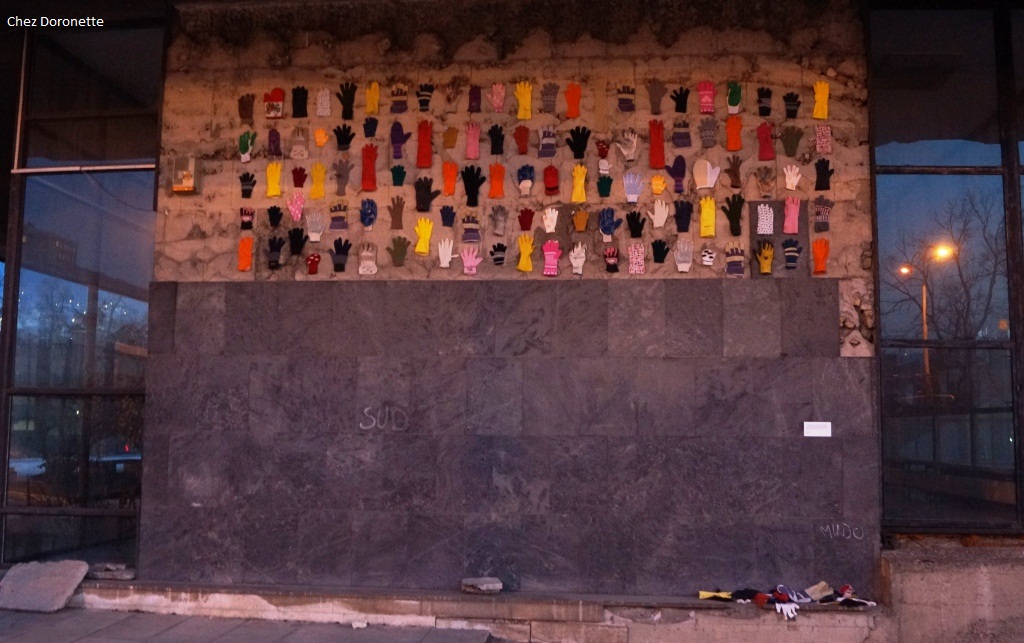 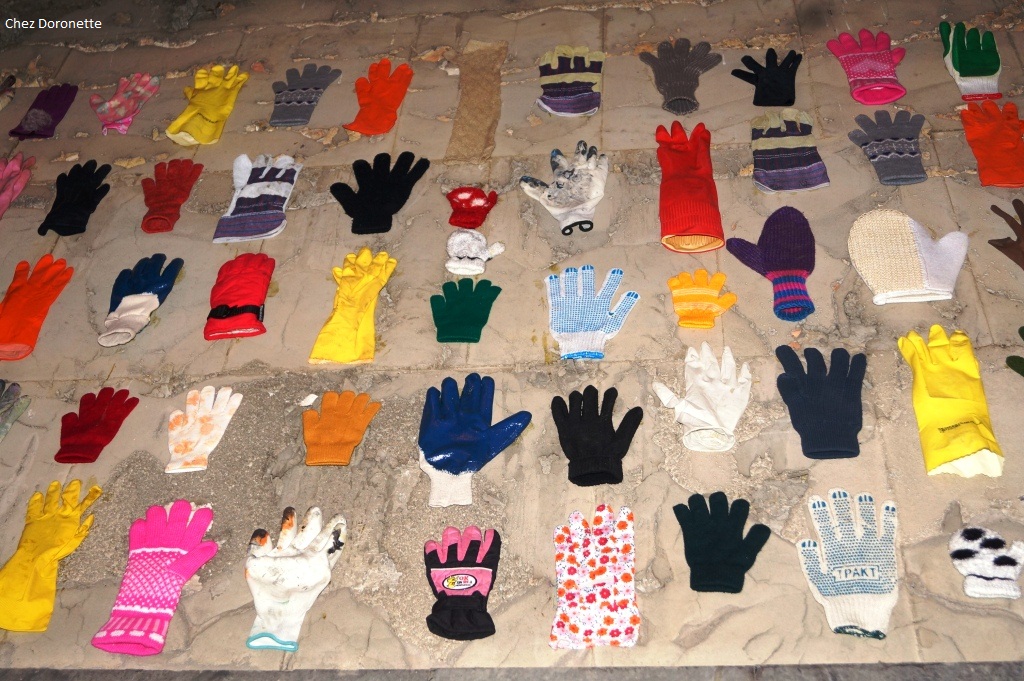 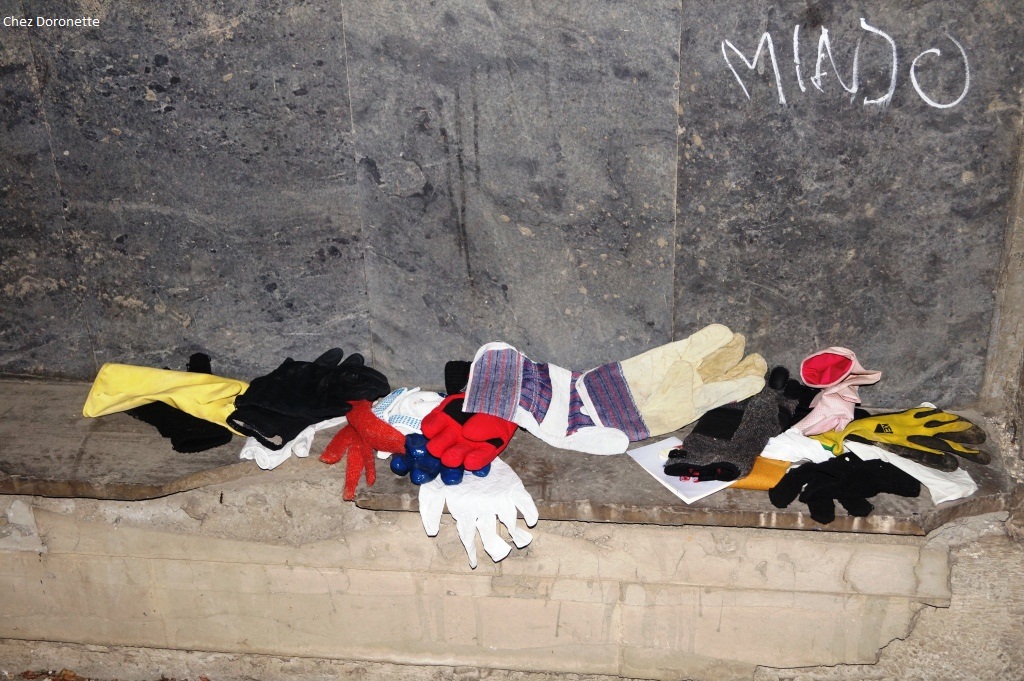