If you think of going to Balkans by car, you should really think twice. As, I live in Bosnia, I’ll mostly speak about this country, but believe me it’s quite the same situation in Croatia (I mean about driving style) or Serbia.

1st thing, you need to be brave ! Green card and keeping your lights all the time on isn’t enough. Of course, you could say that rules are quite the same everywhere. But not this time. Local drivers drive really fast, sometimes without seat belts, but you (as you’re foreign) should drive on the speed limit. Of course, you can be stopped by police as everywhere on the world, but only here I heard once that I should adapt my driving for conditions on the road, it means drive without speed limit if I’m alone on the road. Shock ! Anyway, do not follow this idea, you’ll be stopped and you’ll pay for it ! So, if you’re already as a grandpa on the road, do not react for klaxons. That’s completely normal.  All local drives will get you enough and try to make you in hurry. From other hand it’s good to know, using klaxon on Balkans has also other meaning. It’s a way to say “Hi”.

Sometimes you can meet some strange “cars”. 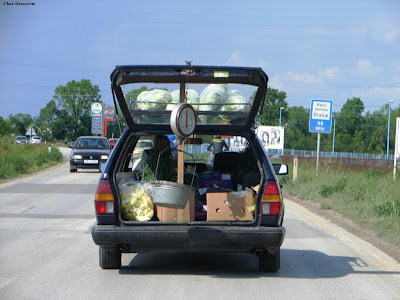 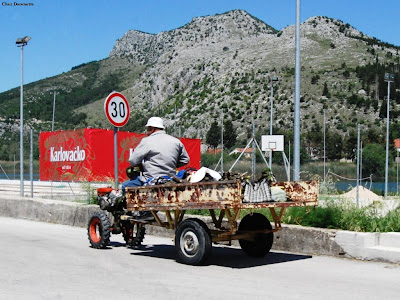 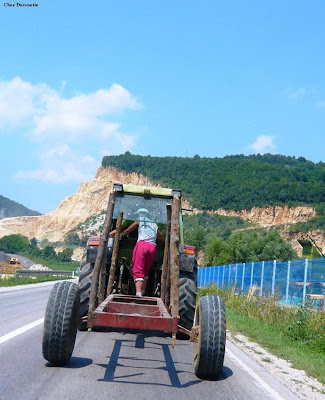 What you should also know is there is almost no motorways and roads are so so. Unfortunately there can be still mines, so do not stop in unknown places. 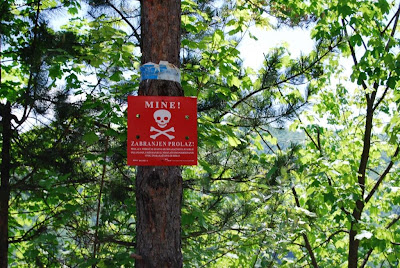 There are a lot different petrol stations, but if you don’t want to get problems with your car you should take petrol from the most known and checked. In other way, petrol can be mixed with water and… it’s time to repair your car !

You should avoid to drive at night, as many roads are badly lit or have no lighting at all. 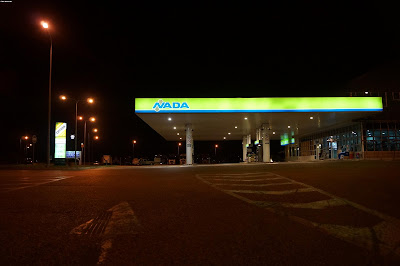 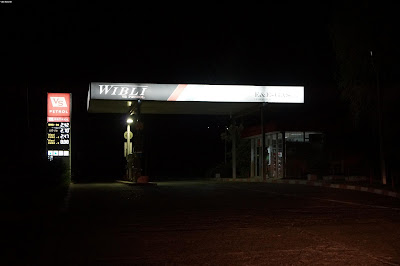 Remember  there are mostly mountain roads in Bosnia. Keep always winter equipment in your car ! 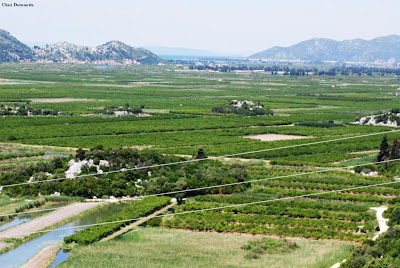 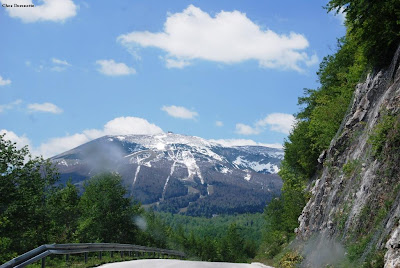 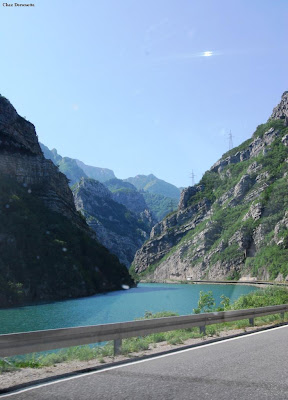 Ha ! And if somehow, you arrived to the city, keep your eyes open ! Orange light doesn’t mean to stop but to add the gas and drive. Drivers can stop wherever they would like without getting you know about it. They can also park their car too close to your. Do not worry ! They’ll leave their phone number so you can call !
As you see, driving style is really special here. But do not worry too much, it’s hard only on the beginning and after you’re so used.